3rd and last of a series 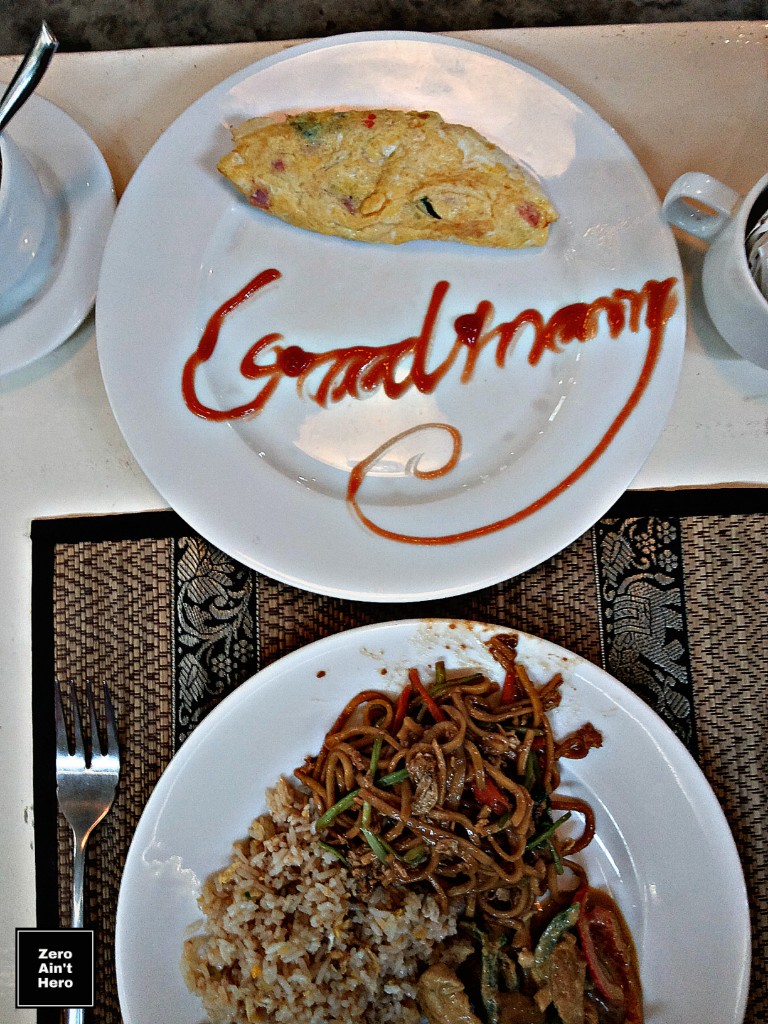 The Ancient City of Angkor – a Cautionary Tale

Yesterday was exhausting. We spent the whole day touring the ancient sites of Ta Prohm, Bayon, and Angkor Wat. Though it was undoubtedly an amazing, one-of-a-kind experience – one filled with awe and wonder, it was also exhausting, what with the long walks and the heat.

This however, did not deter us from spending the night partying in Pub Street – the center of Siem Reap‘s nightlife.

Before that, we decided to stuff ourselves crazy with food – glorious food! We had dinner at the Asian Square restaurant near the Art Center Night Market.

We ate to our hearts’ content. Well, at least, I did. I’m adventurous like that when it comes to food.

Speaking of adventurous, there’s something I did I think would be worthy of that description – all in the name of fulfilling some bucket list. A random act of adventurism, I guess you can call it.

We were looking for a nice place we can party when we saw this lady selling some kind of street food that kind of looked unusual (to us) – some critter most people back home would probably freak out upon seeing, let alone eat – scorpions and snakes!

I mustered the courage to eat them. If anything, I would say, it was a revelation. The scorpion was crunchy and tasty, and the snake reminds me of a typical Filipino street food called isaw, or grilled chicken intestine. There are parts of the snake that’s close to being burnt that have crisped up, that actually tasted like “chicharron” (pork rind or deep-fried chicken skin).

The idea of these critters used as food has got some interesting history behind it, one that’s borne out of necessity and survival. During the Pol Pot regime, people had to escape the atrocities by hiding in the jungles. They survived by making do with what was available in their surroundings. Thanks to these critters they were able to get their nourishment.

Truly, one can never underestimate the value of nature, and the human spirit in overcoming adversity.

Such resilience these Cambodians exemplified, yes?

And what an experience this has been for me, personally. Couldn’t be more random 😅

By now we were able to find a place to party. The thumping and the booming were heard even from afar. It called and tempted, and we heeded with practically no resistance. Man, we partied like crazy! 😛

Haven’t partied this hard for a long time, actually – got drunk, loosened up, got my groove on.

Good times, indeed. Especially because I’m spending it with some of my most favorite people. It just made the experience much more fun!

I got back to the hotel wasted.

The day after is “free” day so we get to do whatever we want since there is no formal itinerary planned out for us by the travel operator.

As always, we start the day with breakfast. We never miss breakfast. This one below I had on top of a wooden deck (or bridge, I guess it is) over a koi pond.

And if there is dinner provided for by the hotel, we would be more than happy to devour 😁 No need to ask us twice, for sure. Such was the case when they provided for our dinner on the last day before heading to the airport. Here are some of the pics.

Breakfasts are a combination of continental and local Cambodian dishes.

There is this soup similar to pho, the name of which escapes me now. Anyone who knows what this is, feel free to sound off in the comments section. It was delicious.

We spent our free day shopping and below are some of my haul. Looking at all of these now, it brought back to me how amazing Cambodia is – its history, its culture, its people; and how amazing this whole experience was overall.

Afterwards, we ate lunch at Pub Street and decided to have Tex Mex. Because, why not? No, really, we’re just hankering for something familiar 😁. Boy, we were full after. This was at Cafe Latino.

We went back to the hotel to prepare our luggage as our flight leaves in the evening.

Before I end this series however, I want to share something I want you to try to figure out what happened exactly. If it’s even something that can be explained by reason or logic.

I slept late on my first night in Siem Reap. I was still up early morning hours of the 2nd day – wee hours. I just finished ironing my clothes and took a shower afterwards.

I was in front of the mirror patting myself dry with towel when suddenly I heard some rustling – some kind of footsteps, coming from the back door, like someone is approaching. I immediately rushed to the door, afraid I might have left it unlocked.

There are different possible scenarios playing in my head at that time:

1. Whoever it is on the other side is probably oblivious of the fact that there ARE people who are checked-in and so would have entered by mistake.

2. Some maintenance or security guy doing rounds checking if doors are properly locked or maybe to check if the water tank or pipes are working fine. At one point I thought I heard some faint clanking, as if someone’s working the pipes.

3. A break in (with the purpose of hurting people or stealing). You know, the stuff of nightmares. This would’ve scared the s#@! out of me.

So, I don’t know. The first option is quite far-fetched. The second option seems off. It doesn’t seem normal for hotel staff to be doing this especially in the middle of the night.

The other strange thing is that the backdoor opens to just a small, sort of like semi-enclosed patio adjoined to a wall which pretty much draws the property’s boundaries – perimeter wall, I guess is what you call it. Beyond that, supposedly, is the neighbor. I’ve learned of this when I checked after the sun was up. There’s no sign of a “water tank”, either. At least not anywhere I can see in the immediate vicinity.

On either side of the patio are walls separating the other rooms. So it’s unlikely to be a prank pulled off by my colleagues from the other rooms. I don’t think anyone would go to great lengths, scaling walls and stuff, for that.

What I know for sure is that someone did try to open the back door – I saw the door handle turn with my own two eyes. I was looking at it up close, ready to deal with the “supposed” intruder, in case of forceful entry. Luckily, my colleague (roommate) was able to lock the door using the bottom lock before going to bed.

I was waiting with bated breath as to what would happen next. I’m expecting a knock, at least, or someone calling anyone from the inside. In my head, I was imagining my worst case scenario – a banging on the door. I’m preparing myself for a loud scream and some martial arts action 😛 (not that I know any martial arts, haha!). I’d probably just run as fast as I can, and in my towel 😀

But, yeah. Nothing. Nada.

Things couldn’t have gotten any more odd, actually. Remember the clanking sound? After that, the shower turned on briefly by itself and then turned back off again. I didn’t see the lever or the shower handle move.

Afterwards, I heard some kind of buzz in the front yard. In fact, I might have heard the door pushed lightly, like someone trying to enter. But not like banging, or something. By this time, my imagination was already running wild. I thought someone might be entering from the front door. Again, my concern was that the door might have been left unlocked so I immediately ran to the front while asking, in an alarming voice, my colleague (who was already sleeping at the time) if the door was locked. He was inadvertently awoken because of this.

No one was outside, apparently.

I don’t know. Maybe my mind is playing tricks on me. What do you think?

What’s more peculiar is that my other colleagues from the other rooms experienced something similar at around the same time, they say. Others have other strange things happen to them as well. Coincidence, you think? You be the judge.

On a lighter note, I would like to commend the hotel staff for doing a great job accommodating us. They’ve been very attentive and hospitable.

To all the friendly staff of La Residence Blanc D’Angkor, thank you 🙏😀 for making our stay memorable.

This wraps up my Siem Reap experience. It’s been a fun and exciting (and sometimes strange) three (or is it four?) days. Lots of lessons learned. Definitely something I would treasure for life. 😊🇰🇭 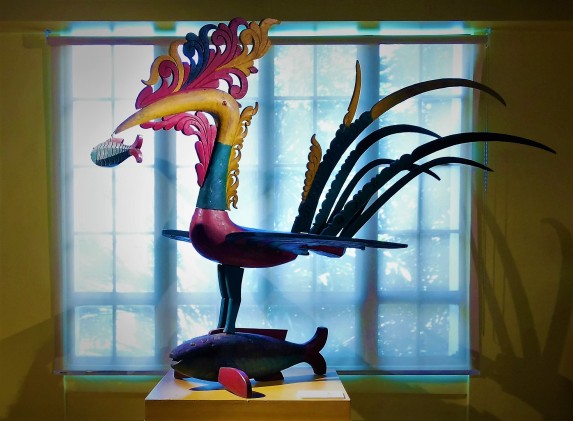 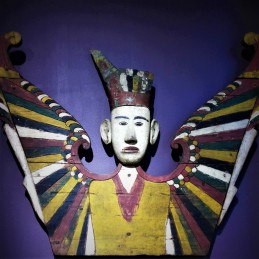 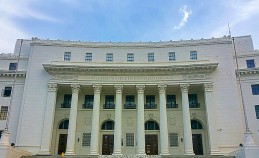 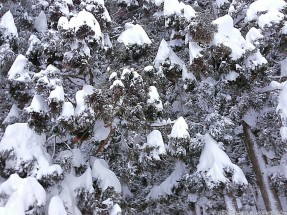 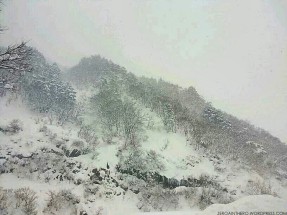 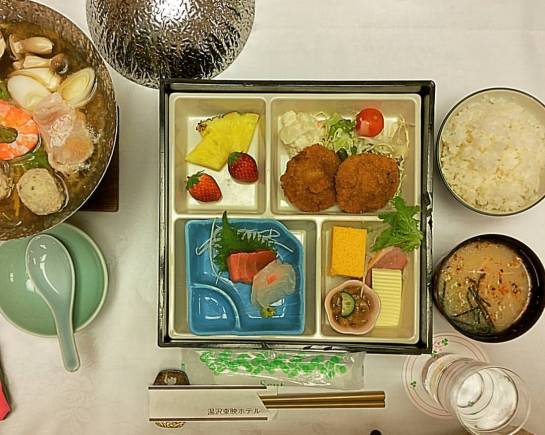 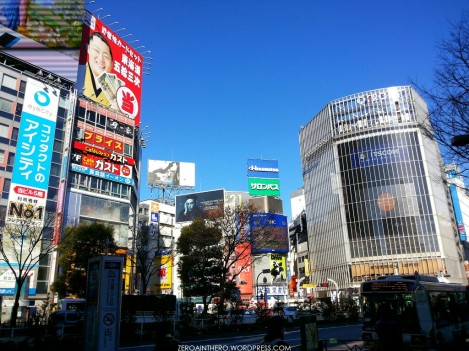 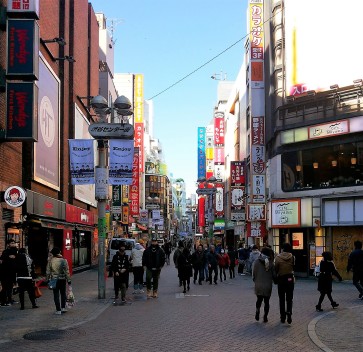 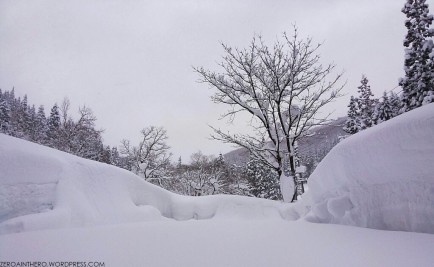 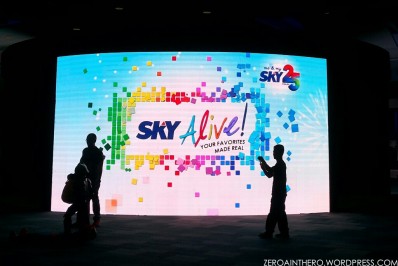 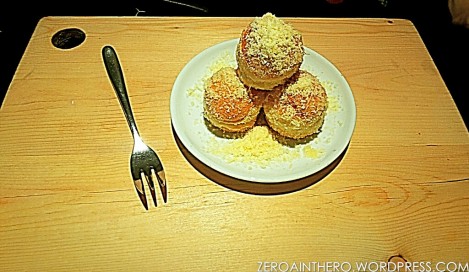 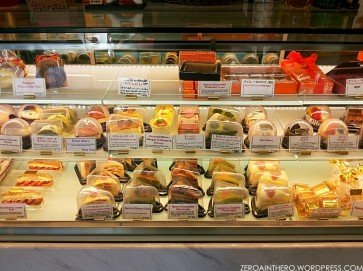 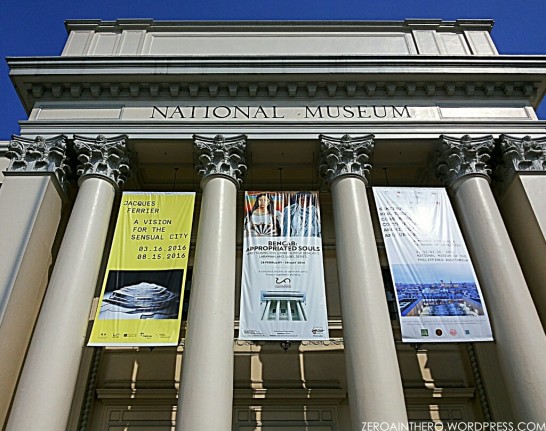 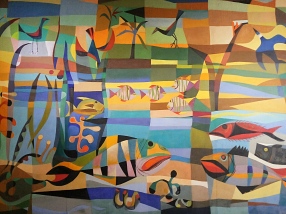 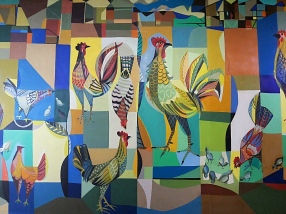 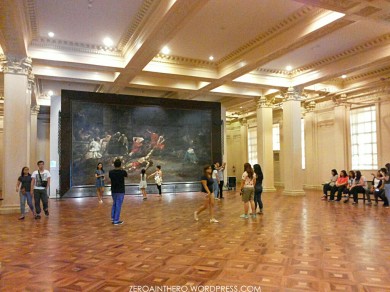 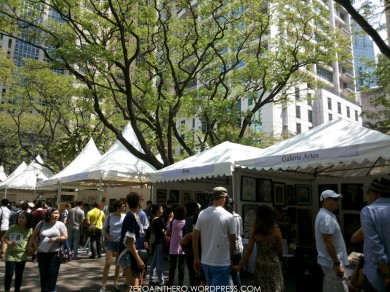 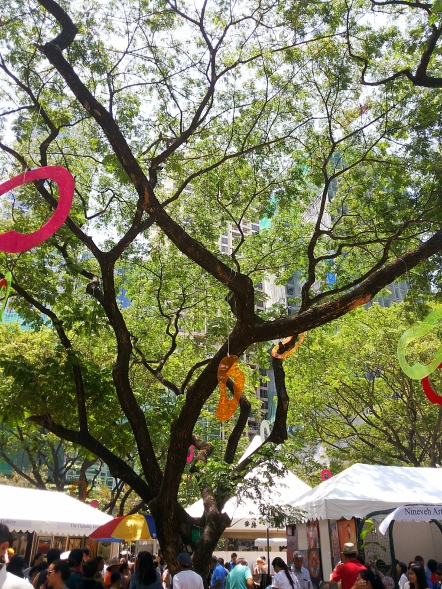 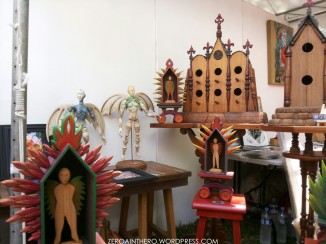 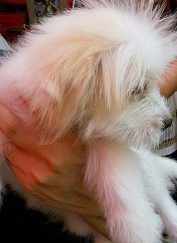 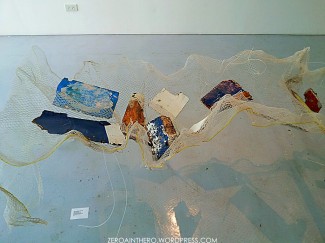 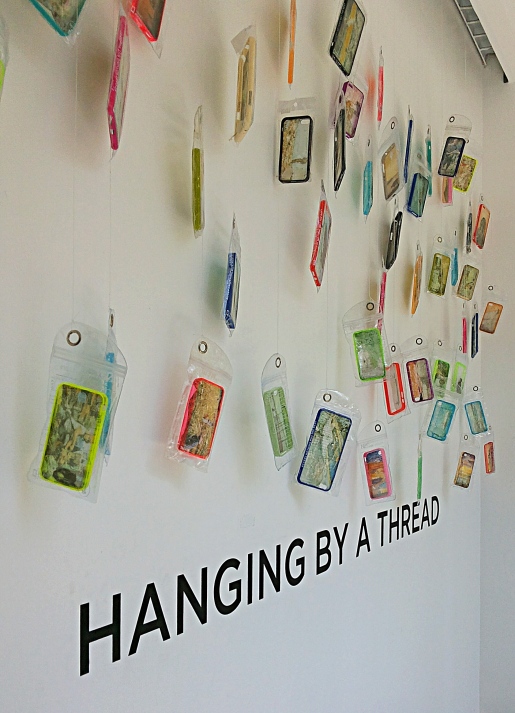 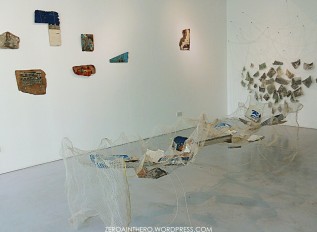 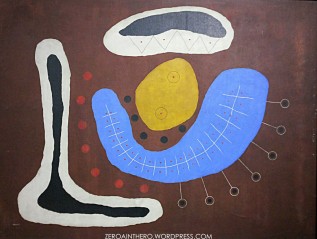 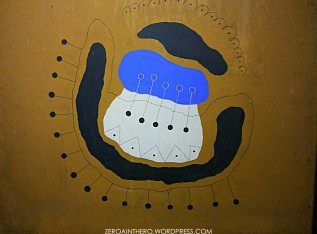 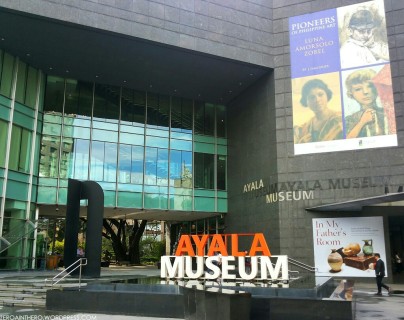 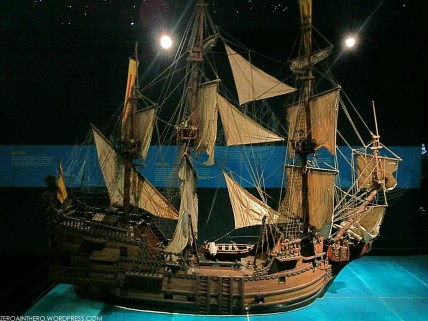